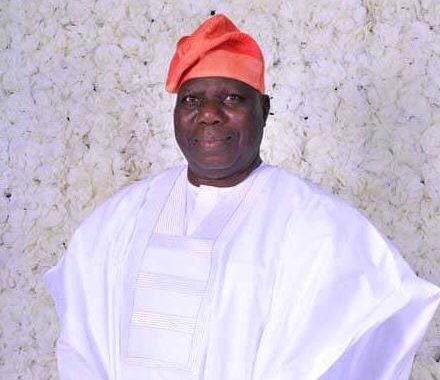 The Governor of Ekiti State, Dr. Kayode Fayemi, has mourned the death of a former Commissioner for Agriculture in the state, Chief Boboye Olanipekun.

Dr. Fayemi in a statement in Ado-Ekiti on Saturday described Chief Olanipekun’s death as a rude shock coming at a time the state lost two other illustrious citizens- Evangelist Bamidele Olumilua and Sir Remi Omotoso.

The Governor described Chief Olanipekun as a consummate administrator, agriculture management specialist, philanthropist, community leader, and a renowned educationist, who made huge investments in the education sector.

Dr. Fayemi said Chief Olanipekun contributed to Ekiti development as a former state commissioner for agriculture between 2003 and 2006 and through the establishment of Fabotas College of Health Sciences in Ado Ekiti, an institution that has made a significant contribution to manpower development in the health sector.

He said Chief Olanipekun’s worth was recognised by the Federal Government which appointed him the Managing Director/Chief Executive Officer of the National Fertilizer Company of Nigeria (NAFCON), Port Harcourt, where his administrative acumen was deployed.

“Ekiti has lost another eminent citizen. But we thank God for the impactful life of Chief Olanipekun whose impact was felt within his immediate environment, his town, the state, and at the national level.

“Our prayer is that God will grant him eternal rest and comfort his family”., the Governor added.