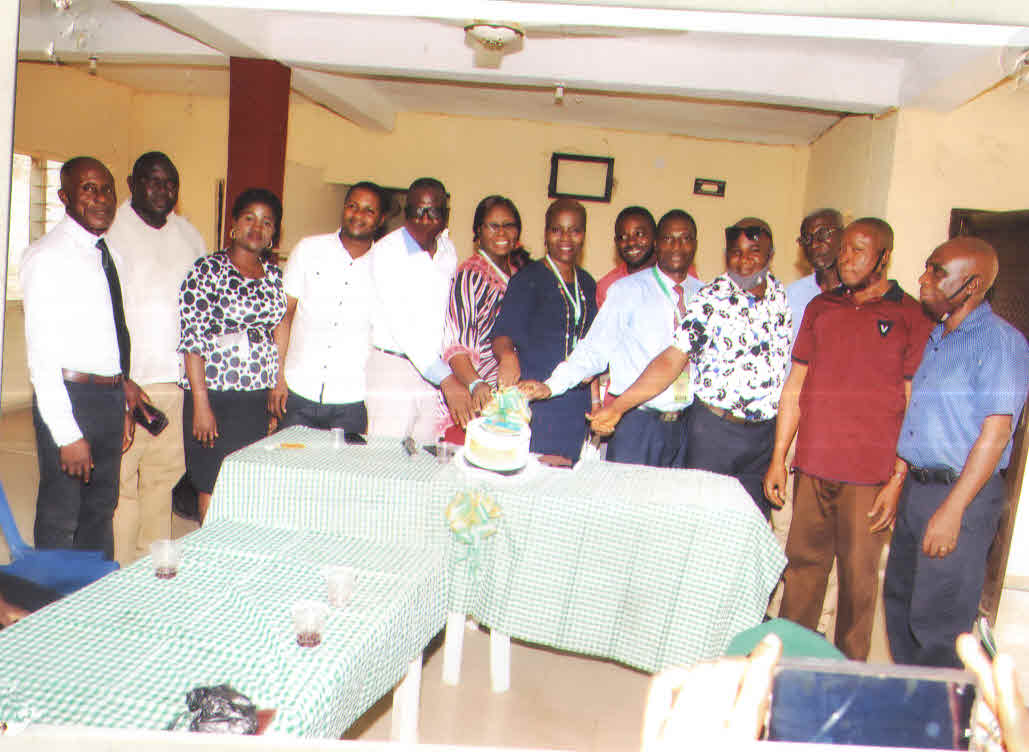 On Tuesday,9th March 2021, Fabotas College of Health Sciences and Technology marked her 10th year anniversary with joy and jubilation. All the college officials converged at the college hall in the morning to give thanks to God and show gratitude for how far He had taken the college and all the success achieved by His grace. In the afternoon, all staff converged at the college cafeteria for a colourful reception orchestrated by the executive director of the college Mrs Folake Omotosho.
The reception program started with an opening prayer taken by the bursar of the college Pastor Oluwayomi Adefila after which a minute silence was observed in honour of the founder of the college, late Chief Boboye Olanipekun.

The Executive director, Mrs Folake Omotosho thanked every member of staff for their cooperation and zeal towards the progress of the college. She expressed her gratitude to all members of staff present during the visit of the NBTE accreditation team and the role everyone played in making it a success. She clamoured that it can always get better hence urged them not to relent.
The provost of the college Dr.Mrs, Foluke Ajibulu appreciated all  staff for working tirelessly all through the past years. She prayed that God will reward everyone in due time.
There was the cutting of the cake and a toast was made for the college after which the DJ was allowed to take over the air with music followed by jubilation with dancing winning and dinning . The event was a memorable one.