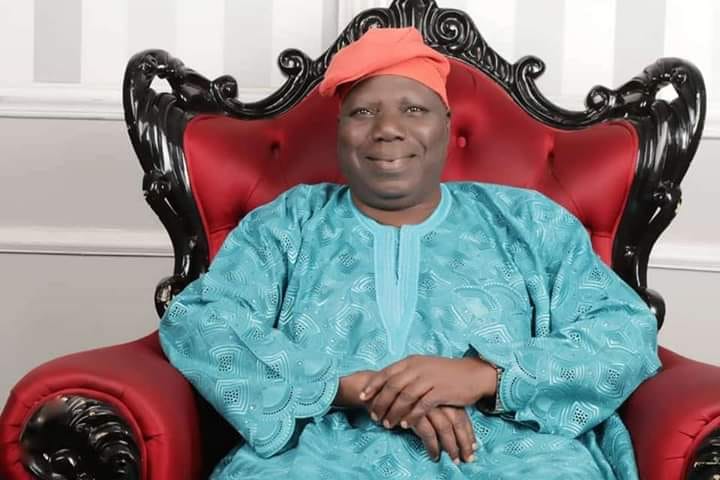 Late Chief (Hon) Boboye Olanipekun FCAI (JP) was born into a Christian family at Ado-Ekiti on 9th September, 1944. He had his early education at Saint Paul’s Anglican school, Ado-Ekiti (1952-1958) and later proceeded to Harding Memorial Secondary Modern School Ado-Ekiti (1959-1961). He taught for a short span of two years before he went to St John’s Teacher’s College Owo, where he obtained his Teachers grade two certificate in 1966.

He combined teaching with academic studies and through the dint of hard work he was able to pass School Certificate and GCE Ordinary Level as a private candidate. As a serious minded young man he was able to pass four advanced level GCE papers at one running before he gained admission into the University of Lagos in 1974. He was opportune to do various programmes at post graduate level in Company Law and Public Administration, PDG in Computer Science, Nigeria Labour Law and University Administration.

He was an Assistant Secretary, Ministry of Education Port Harcourt (1974-1975). He served as chairman and secretary of various Government panels and committees which gave him wider range of exposure in all spheres of human endeavors. During his working career, he had the opportunity of traveling extensively worldwide and such exposure broadened his general outlook and approach to issues. Among the countries visited and where he attended courses were Britain, USA, India, Japan, Senegal, Pakistan, UAR, Ghana and most countries in the West African Sub-Region.

His dedicated service in his career did not disturb his social life and community service. He was the pioneer President of Owena Club Port Harcourt, President Lagos University Alumni Rivers State Chapter, Patron of various clubs and associations including the Boys Brigade of Nigeria Ado Archdeaconry and President Ado- Ekiti  Progresive Union. As a mark of recognition he was appointed as member caretaker Committee of Ado- Ekiti Local Government (1994-1996 April). Equally the Ewi - in council Ado EKiti honoured him with the chieftaincy title of OKINGBUA of Ado Ekiti.  He was appointed as the Honourable Commissioner for Agriculture and Rural Development by EKiti State Government (2003-2006).

To crown his academic brilliance, he was honoured with three doctoral degrees in Educational management, Public Administrations and Divinity. He also received many honours and awards by various organizations and different professional bodies all over Nigeria. He was made Justice of Peace by Ekiti state Government in 2006. African Education Monitor in 2013 also conferred on him, African Education Monitor’s Outstanding  Educationist Award.

He worked at various capacities up to the level of Senior Assistant Registrar at the University of Ife (now Obafemi Awolowo University) 1975-1977. He later moved to Joint Admission Matriculation Board (JAMB) as Senior Assistant Registrar (1978-1980). He was given a special assignment in the ministry as the protem Secretary National Fertilizer Company of Nigeria (NAFCON). He later became the Pioneer Company Secretary/Manager Administration NAFCON (1983-1985) By virtue of his dedicated services, he became the company’s Corporate Director, Government Affairs in 1988. He retired from NAFCON in January 1989 to set up his own company JOBEK Nigeria Limited as chairman/managing Director. He was also the proprietor of JOBEK Education center one of the leading private Nursery /primary school in Ondo / Ekiti states. He also pioneered the establishment of Olota Community Bank Ado–Ekiti as chairman (1993-1998). He later upgraded JOBEK Nursery and primary school to FABOTAS college of Health Sciences and Technology, Ado-EKiti on February 28, 2011.

Late Chief Hon. Boboye Olanipekun  FCAI (JP) was a devout Christian of the Anglican extraction . He was well known and popular among all Christian denominations and Muslim sects for patriotism and charity.  As a result of his recognition in the church ministry, he was conferred with the chieftaincy title of BABA EWE of St Paul’s Anglican Church, Odo-Ado, Ado-Ekiti. The Christian Association of Nigeria (CAN) on February 22, 2014 bestowed on him an award of Honuor for his meritorious service to God and Humanity.

Chief Hon. Boboye Olanipekun  passed on, on  Thursday the 4th of June 2020. He was survived by his wife, children and grandchildren.